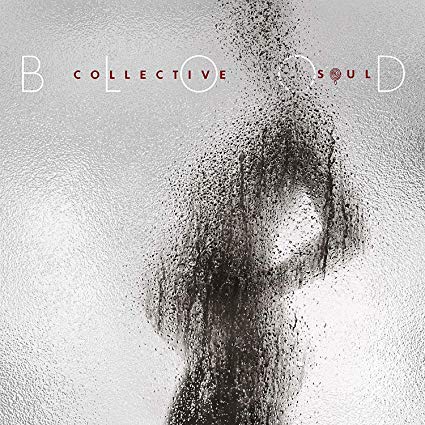 My apologies to Collective Soul. I listened back in the day and in fact my wife has fond memories of you during our dating years. I do have Hints Allegations and Things Left Unsaid

Then I think I forgot about you. Well, not totally. Just did not pursue your career as I did other bands from the 1990s era like Gin Blossoms who you are currently on tour with and, as a result, brought you back onto my radar since I needed to get “refreshed,” if you will, prior to August’s show. But that’s not to say I was totally oblivious. You still floated  around my musical interests with your self-titled album in 1995 and I simply loved “Heavy” off 1999’s Dosage.

At any rate, I listened to some of the pre-release cuts off your new album Blood

earlier this year and felt an immediate re-introduction. Then you released said album.

What an impressive collection of songs.

In fact, Collective Soul’s 10th studio album Blood (out June 21 – their first in four years) outright rocks. And not like the modern rock cliche stuff happening today. Blood fills your veins with hard rocking guitars, great melodies and enough hooks to keep you wanting. Hold on, gotta hear that song again. But, wait, let it play out first!

The opening song “Now’s The Time” has that hard charging guitar that first tuned my ears onto Queens of the Stone Age. “Over Me” doesn’t change the pace at all and offers that classic vocal drawl that helps singer Ed Roland stand out from everyone else. “Crushed” puts in some fun time signature changes and a rapid beat. Is “Right As Rain” on the radio? It should be. So catchy. This is that one you want to get back to on your first pass through the album. GREAT guitars. Solos, rhythms, all of it.

I know, I know. Blues founded rock music but I think I have to be in the mood or some such to really enjoy that genre so I figured “Them Blues” would represent the first dud on this album and though I was hardly turned off by the start I figured I’d move along rather quickly. But then it got going and brought some different tempos and a solid arrangement. The piano here really shines and love Johnny Rabb’s cadence on drums and then it ends with a pretty blitzing Deal Roland guitar solo. “Good Place to Start” opens with a softer approach and Roland speaking (rather than singing) the opening verses, as the track fully blends into a harmonic pop song.

“Observation of Thoughts” starts off pretty heavy with matching lyrics and thick drums but you know exactly where the band plans to head as it slowly crescendos into the guitar solo two and a half minutes in. This song sounds like it was lost on the cutting room floor from one of the first two albums and they brought it back to life. The ballad “Changed” slows the tempo with an emotional piano to open and an equally emotive Roland bringing this one home. “Big Sky” hardly sinks near the end of this album and the relaxing melody of “Porch Swing” serves as a solid end to this quickly paced 10 song album that comes in just under 35 minutes long.

It’s not often I find a new album that immediately takes and begs for a second listen to allow the formation of musical ruts so I can really start enjoying the music. Alas, I found one in Blood and seeing that Collective Soul celebrates their 25th anniversary this year along with their concert on the horizon next month it feels like something special awaits. Oh, please feel free to play this album in its entirety (yes, it’s that good) along with “Heavy,” “Shine,” and “The World I Know.”

And I promise you’ll stay on my radar for the next 25 years.