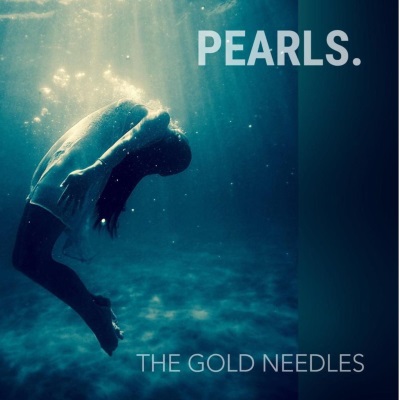 You never know when you might find a band before everyone else and perhaps get a chance to see them perform in small intimate clubs prior to their big breakout or at least say “Ya, I’ve been listening to them for years.” Such may be the case with The Gold Needles, who recently released Pearls.,

a whopping 18 song melting pot of an album that combines some of the best sounds of the last five decades.

Classic 80s rock more or less serves as the backdrop with a touch of the Who, Pink Floyd, maybe a tad David Bowie, a splash of Midnight Oil and simmered with some War on Drugs. It’s all there, an eclectic arrangement of songs that stand on their own and may, perhaps, introduce the next wave of rock.

All things considered, The Gold Needles combine effectual guitar work along with appropriate synths and a near proprietary vocal from Simon Dowson for the album which, because of its length, acts more as a double album or one of those “Deluxe Versions” popular with artists nowadays. Broken apart in its current form, the first 11 songs off Pearls. could very well represent that solid debut album with the last eight comprising the oft sophomore slump.

Released on Kool Kat Musik, Pearls. represents the band’s first full-length album though they have several EPs featuring most of the songs off Pearls. and other previously released singles. Formed in 2015, The Gold Needles hails from the United Kingdom and have a solid core in Dowson, also on guitar, lead guitarist Dave Burbage, Mark English playing the keyboards and some percussion, Carl Slaughter on bass and Justin Davidson on drums.

Pearls. opens with the title track (minus the period) a classic, straight from the 80s, yet manage a fresh take, this being 2018. Nice melody and instantly enjoyable. A modern rock track follows in “Not Tonight Josephine” and those sounds from the 60s float by for “Daydreamer’s Song.”

One of four instrumentals off the album “First Sunrise” sounds exactly as it should. “Dreamscape Time” follows, the longest song off the album, coming in at nearly six minutes. The opening trance sticks around a bit too long and just as you’re ready to click “next” the middle opens up and sends you home with potent guitar work from Burbage.

What a great melody in “My Summer’s Angel.” Remember those overlooked indie bands from the 90s? This song falls right in line. Just a solid track, one of the album’s best, with a bit of heartache that keeps you coming back. Another instrumental “Service with a Smile” shows the band having a bit of fun, somewhat clever, but sounds more like a theme song for a TV show.

“Samantha Says ”comes in as the shortest song off the album, just over two minutes,  and offers something a bit different than anything else with a stripped down almost reflective nature but the abrupt end feels unfinished. “Lookout Mountain (An L.A. Song)” hearkens again back to the 60s while “Eventide” brings the third instrumental with lots of acoustic guitar and if you simply played this one on a loop you’d be more than happy. Now, the album should end with “Pressure” another enjoyable song with a catchy rhythm and hardly a throwaway coming in the middle of this long album and would nicely finish some fine work by the band if Pearls. came to a close.

The remaining seven sound a bit mundane losing some of the originality that was evident from the opening salvo into the strong front half that combines great harmony, fun hooks and catchy melodies. A solid effort, no doubt, and an 18 song album is nearly unheard of even in the album oriented genre’s heyday but Pearls. would serve the band better if they called it a day and released the album with just the first 11 solid selection of tracks. The last half, though far from terrible, needs some refinement and with a little love and production might have served as a decent follow-up album.